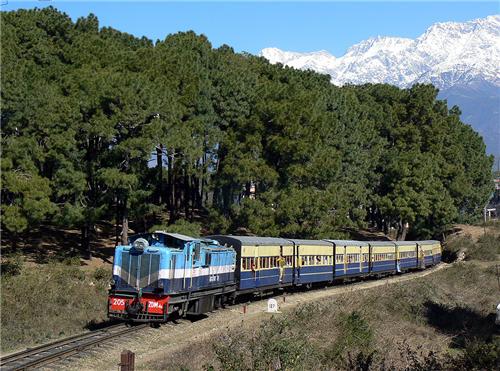 Pathankot, located at the juncture of Punjab, Himachal Pradesh and Jammu-Kashmir, is itself an important tourist destination. It is also the last railhead for many tourist as well as religious spots in those three states. Consequently, the city also acts as a transit hub for those visiting those places. Following are some of the great weekend getaways, which can be visited from Pathankot.

Although the itinerary may seem a little too crowded for a weekend trip, those who are short of time or finance often opt for such a package. Located at the confluence of Banganga and Majhi rivers, Kangra offers the right mixture of historic edifices and aesthetic beauty. The old fort of the Kotach Kings is one of the most interesting places of tourist interest in Kangra. The Bjreswari Devi temple and Chamunda Devi temple are two important places of pilgrimage here.

Dharamshala, located at a distance of eighteen kilometers from Kangra, is another place of major tourist interest. The town, surrounded by dense deodar forest, offers great scenic beauty. Moreover, McLeodgunj, located in its upper reaches, is the headquarters of the Tibetan-Government-in-Exile and seat of Tibetan spiritual Leader Dalai Lama. Tsuglagkhang, the temple of Dalai Lama, is the most important site here. Besides, there are Namgyal Monastery, Gompa Dip, Tse Choc Ling, Mani Lakhan Stupa, Nechung Monasteryetc.  Ganchen Kyshong, the seat of the government in exile, is another place to visit.

How to reach Kangra from Pathankot

Kangra is located at a distance of eighty kilometer from Pathankot. The quickest option is to opt for taxi; it takes around one hour and fifteen minutes to reach Kangra from Pathankot by that mode. However, if you are looking for the cheapest option, regular buses ply from Pathankot to Dharamshala. However, such buses take around two and half an hour to reach their destination. There is also a narrow gauge railway services running between Pathankot and Joginder Nagar in Himachal Pradesh via Kangra and Palampur. The train is the slowest option and takes around four hours and thirty minutes to reach. 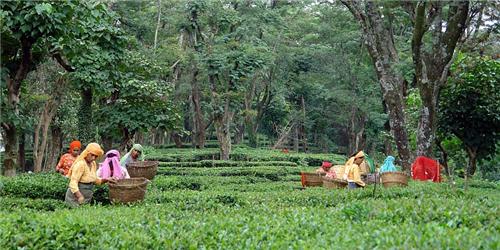 Palampur, located at a distance of 112 Km from Pathankot and around 30 Km from Kangra, is another great place to visit. Although it is close to Kangra, it is better not to include it in the above mentioned Kangra-Dharamshala-McLeodgonj weekend trip. That is because Palampur offers many places of tourist interest on its own.  Apart from the numerous tea estates that surround the town, Sai Gardens, Sourav Van Bihar, Mata Bandla Devi’s temple near Neugal Park, Devi Latti Jakhni temple on top of Chandpur Village, Vindhyavasi Temple near Kingerchoo Falls are some of the places one must see.

Besides these, one must try to include Dhauladhar Nature Park, located at a distance of 12 Km from Palampur into the itinerary. Those who are physically fit may also undertake a trek through oak and rhododendron forest to Birni Mata temple. Moreover, the town also offers great scope for paragliding.

How to reach Palampur from Pathankot

From Pathankot, there is direct bus service to Palampur. Buses run by Himachal Pradesh State Transport Corporation are comfortable and affordable. However, the quickest method is to hire a taxi.  It generally takes around one hour forty minutes to reach Palampur from Pathankot by car/taxi. One may also avail the Kangra Valley Railway Service that runs between Pathankot and Joginder Nagar. Since this a narrow gauge train, it takes around five hours to travel the same distance. 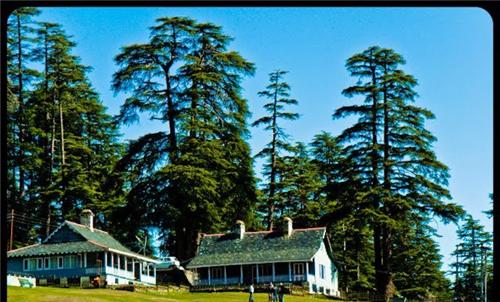 Dalhousie, which offers mesmerizing scenic beauty, is another place to visit over the weekend. Alla with its potato fields, the natural spring at Karelanu, Bakrota Hills, Dainkund Peaks etc are some of the popular tourist spots. Incidentally, the water at Karelanu is said to cure many illnesses. Khajjier, located at a distance of 23.2 Km from Dalhousie, is another place of tourist interest. It is situated on a small plateau and has a small lake fed by a stream at its middle. What makes it stand apart from the rest is that it has a rare combination of a lake, forest and pasture land. However, bus services from Dalhousie to Kajjier is rather irregular and so one is advised to take a taxi.

How to reach Dalhousie from Pathankot

Dalhousie is located at a distance of 83 Km from Pathankot. It takes around two and half hour to reach Dalhousie from Pathankot by bus and the fare is approximately Rs. 148.00. However, taxis are the quickest way to get there; it takes around one and forty-five minutes by that mode.

Chamba is an ancient town with many edifices of historical importance. It is an ideal weekend getaway for those interested in historical monuments. Most of the heritage buildings, made out of local materials, are located in the lower valley. Among them Champavati Temple, built in the memory of Princess Champavati, is said to be the oldest. Lakshmi Narayan Temple, and Chamunda Devi Temple are two other ancient temples in this area. Besides, the Akhand Chandi Palace, Church of Scotland, Bhuri Singh Museum etc are some of the places of tourist interest in Chamba.

How to reach Chamba from Pathankot

Chamba is located at a distance of 105 Km from Pathankot and 49 km from Dalhousie. It is connected to Pathankot by regular bus services. Taxis too ply regularly between the two towns. It generally takes a little more than two hours to reach Chamba from Pathankot.

Bharwain, located on the Sola Singhi Range of Mountains near Una, is another such place. It is a reputed hill station and offers great scope for sightseeing.  The ancient temple of Chhinamastika is located at a distance of 3 Km from here. The Bramhoti Temple, dedicated to Lord Bhrahma, is another attraction of this place. It takes around one hour forty five minutes to travel to Bharwain from Pathankot by road.

Jammu, the winter capital of Jammu & Kashmir, is located at a distance of 111 km from Pathankot. It is also known as the city of temple. The Raghunath Temple, located in the heart of the city, is the largest temple complex in North India. Moreover, this temple has a rich collection of scripture and so is revered by devotees and scholars alike. Apart from that, one must also visit the Bahu Fort, which houses the temple of Kali Mata, Peer Kho Cave Temple, the Panchbakhtar Temple, Ranbireshwar Temple etc.

How to reach Jammu from Pathankot

From Pathankot, Jammu is approachable both by rail and road. Since both the cities are located on NH 1A, travelling by road takes as little as one hour forty-five minutes. Moreover, one can also avail Jammu-Tawai Express from Pathankot Railway station.

Places of Sikh Pilgrimages from Pathankot 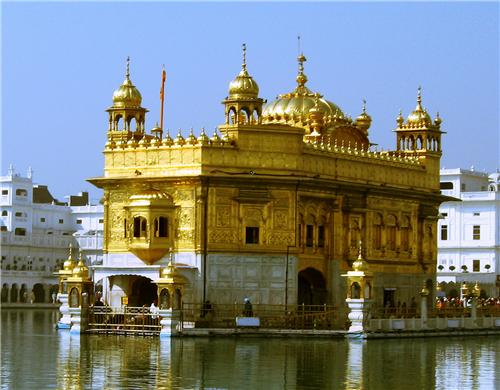 There are number of places of pilgrimage for the Sikh community located in an approachable distance from Pathankot. Let us next look into some of the more important ones:


Explore more about Tourism in Pathankot