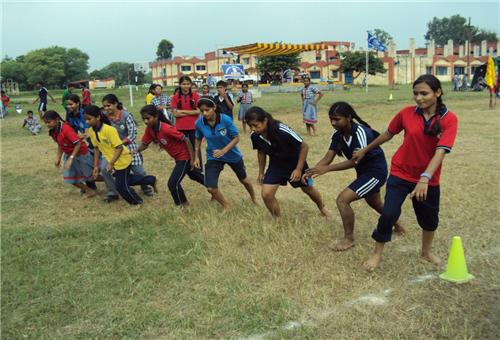 The residents of Pathankot have always been interested in different categories of sports. While more common sports such as cricket and foot ball get the maximum attention, there are quite a few clubs, which dedicate themselves to uncommon sports such as badminton and wrestling. Ethnic games such as Kabaddi and Kho-Kho are also very popular among the people of this great city. Yet, if any sports can be termed as the traditional sports of Pathankot, it is wrestling. Residents have been practicing it for ages not only for recreation, but also as a means of self protection.

Initially, sports did not get much attention in Pathankot. May be that is because the original Pathankot never had any space to spare for any kind of sporting activities. Moreover, it being a commercial town, people had little time to spend on this kind of activities. Yet, one has to agree that life needs more than just bread; sport is also a part of life. Consequently, many ingenious sports began to develop over here and wrestling is one of them.

In olden days, the area had many wrestling Akhras or clubs. Today, however their numbers are fast diminishing. There is also the Pathankot Wrestling Club. It has been organizing all India wrestling meets for long. If you are interested in wrestling, you can contact them at the following phone numbers:
Mobile No: 94172-22024
Land Line No:  01286-508-0181 and 0186-225-5024

Swimming is a popular sport in Pathankot. In fact, it is few of the district towns, which can boast of a swimming pool run by Municipal Corporation. It is located at Lamini in Pathankot.

Other than that, the town has a few more swimming pools located in different other places such as Mamoon. Moreover, some hotels such as Hotel Alishan and D L M Valley resorts also offer such facilities. If you want to know more, you can contact Pathankot Swimming Association at the following numbers:
Mobile No: 98150-19691    97804-99691
Landline No: 0186-222-4341

Pathankot is probably one of the few district towns, which has a residential football academy.  United Punjab, located on Dalhousie Road, admits both boys and girls for in depth training in football. Although it is basically a sports academy, it has made arrangements with other schools so that the budding sportsmen/women do not miss out on their academic activities. For further details, you can contact them at 0186-234-7605, 0186-234-7705, 0186-234-7805.

Other than that, most schools in Pathankot have their own teams and many intra school tournaments are held throughout the year.  Consequently, children in Pathankot get enough exposure to the game from their childhood.

Cricket in Pathankot is also played mostly with the patronage of different schools. Although Pathankot has a Twenty20 Cricket Association registered under Punjab State Twenty20 Cricket Association, there are limited sporting activities in the district level. May be that is because the Pathankot has recently been carved out of Gurudaspur district. Consequently, they will need more time to arrange such tournaments. The good news is that a cricket stadium is already in existence in Pathankot and hence matches can easily be organized here.

However, that does not mean that Pathankot does not have any sporting legacy. The number of sports goods dealers located in different parts of the town proves that the demand for such goods is quite high in Pathankot. Moreover, there are quite a few clubs in Pathankot, which arrange sporting events on regular basis. We have already talked about the Pathankot Wrestling Club and Swimming Association; following are some more: