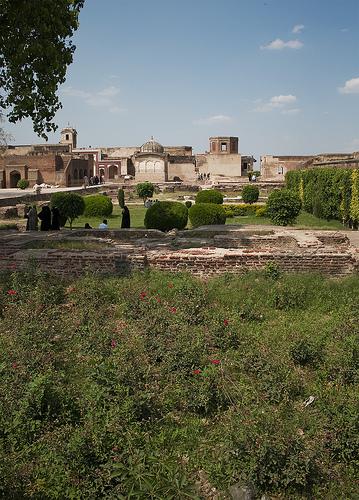 Although Pathankot is more famous as the getaway for neighboring states such as Himachal Pradesh and Jammu-Kashmir the town itself has great tourist potentials. Located at the foothills of the Shiwalik range of mountains, this town of Punjab offers spectacular natural beauty. Added to this is the River Chakki which meets River Beas close to the city. River Ravi also flows quietly through the outskirts of this town. Indeed, for a nature lover and an adventure seeker, Pathankot has a lot on offer. From historic perspective too, this place is quite significant. Shahpurkandi Fort, located 7 Km away from Pathankot city center, is one such historically significant place.

As we have already mentioned, the area is full of historic as well as modern places of tourist interest. Let us take them up one by one:

Shahpurkandi Fort, which overlooks the River Ravi, was built by King Jaspal Singh Pathania in 1505 AD. At that time, the Pathania kingdom was spread over a huge area comprising of Nurpur and Kangra. The fort served the strategic interest for the kings and helped them to keep control over the entire region. Although the fort lay neglected for centuries, the intricate carvings on the walls are still visible. Indeed, the architecture of the fort effuses with the glory of the past and those who have eyes to see will find the place charming even to this day. Today a part of the fort has been transformed into a charming rest house and therefore, if you are interested in spending a few days amid the ancient glory you can do so.

En route to Shahpur Kandi, one can find many ancient caves. It is said that the Pandava brothers of Mahabharata fame used to live in these caves after they lost everything in the game of dice and was forced to live as foresters.

Madhopur on the Banks of River Ravi:

Madhopur is another interesting place en route to Shahpurkandi Fort. Located on NH 1A at a distance of 9.5 Km from Pathankot, this town is the starting point of Upper Bari Doab Canal. It is indeed a picturesque town with River Ravi flowing by.  Headwork of the Upper Bari Doab, which dates back to the Mughal period, is worth a visit. Other than that, a century old church belonging to the British era, Pari Garden created during the same British period and Osho’s Ashram are some of the places of tourist interest in Madhopur.

Other Attractions in and around Pathankot

Religious Places in and around Pathankot

Pathankot can easily be termed as the city of temples and gurudwaras. Some such religious places are centuries old while some have been built quite recently. Let us next take them up one by one:

Pathankot has many temples dedicated to different Hindu deities in and around the city. Some of these temples are centuries old while some are recently built. Among the more popular temples, we can mention Ashapurni Temple, Durga Mata Temple, Prachhen Kali Mata Mandir, Raghunath Bhubanswari Temple, Renuka Mandir, Shani Dev Mandir, Shree Shiv Nag Mandir, Ram Temple, Hanuman Mandir, Laxmi Narayan Mandir etc. They are located in different parts of the town and draw devotees from far and near.

Other than these temples, the town also houses a number of Gurudwaras. Among them following are historical Gurudwaras sanctified by holy men of yore: 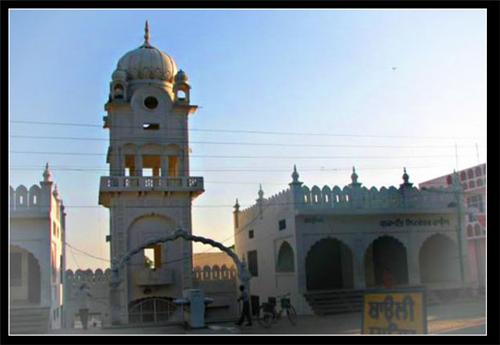 Other than those two, following are some important gurudwaras inside the city limit::

For more information on places of tourist interest one can contact the following address: