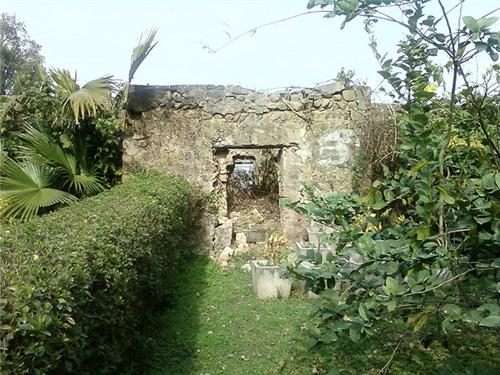 The ancient history of Pathankot is shrouded in mystery. In the great epic of Mahabharata, the area is referred as Audumbar. It is believed that the Pandavas spent a large part of their forest life in mountain caves in this area. However, later it was known as Pratishthan. Much later in the medieval period the name changed into Paithan, which ultimately became Pathankot.

It may not be out of context to mention that in Mughal deeds, the area is referred as Paithan, not Pathankot. In fact, in Ain-I-Akbari, the town is referred as ‘Pargana’ headquarters. Yet, it has to be admitted that the chronology of the area is rather vague. It is exactly not known who established the city. Different historians have different opinions about that.

While Sikh historians believe that the city was established by the first Sikh guru, Guru Nanak in the late fifteenth or early sixteenth century, renowned historians such as Cunningham believe that the name Pathankot was derived from a fort built by the Pathans. It is a fact that when the Ghilzai Pathans came into power in Afghanistan, other Pathan tribes such as Marwat, Khattak, Yusufzai moved into India and settled down in this area. It is believed by many that the area began to be known Pathankot since then.

Pathankot under the Pathania Rulers

It is also a fact that the area is closely related to the history of the Pathania kings. Pathanias are said to be a branch of Tomara/ Taur Rulers of Chandravangshi Dynasty and direct descendents of Mahabharata King Arjuna. However, the known history of Tomar Kings starts with King Anangpal Tomar, who reigned over Delhi long before the Pathans came to India

The tale of Rana Bhet:

King Ananga Tomar is said to have eleven brothers, each of whom had established a separate territory for himself. Rana Jethpal, the youngest of then came to this area with an intention of establishing a territory around the present day Jalandhar. He first captured a fort called Bhet and began to be known as Rana Bhet. Later he came to Pathankot, which was then known as Pratishtan or Paithan and took up the title Pathania. However, the kingdom he established was named after Nurpur, which now lies in Himachal Pradesh.

Pathankot, the capital of Pathania kingdom of Nurpur

Although the kingdom was named after Nurpur the capital was established at Pathankot. From here, the kings ruled over a large tract of land in Punjab, Himachal Pradesh and Jammu-Kashmir. Later on, sometime between 1580 and 1613 AD, during the reign of Raja Basudev, the capital was moved to Nurpur and the territory began to be ruled from there.

However, that does not mean that the area lost its relevance. It was still very important for the Pathania rulers and the Shahpur Kandi Fort, located at a distance of 17 Km from the town, was used extensively for keeping control over the far flung areas.

Later on, Sayed Khan, a Muslim descendent of the kings of Nurpur took possession of the territory and ruled over Pathankot till 1781.  From 1781 to 1796, the area was ruled by Kanhaiya Misl, one of the twelve sovereign states in the Sikh Confederacy. After that, it was taken over by Raja Ranjit Singh. Ultimately, in 1849, it was annexed by the British and became a part of their empire. However, the area continued to play an important part in the Sikh history of this region.

During British rule, Pathankot became a part of Gurudaspur district and remained so until 2011. On 27th July of the same year, the city along with its adjoining areas was carved out of Gurudaspur to form a separate district. Today, Pathankot district in Punjab consists of Pathankot and DharKalan subdivisions as well as Naraut Jaimal Singh and Bamial tehsils.