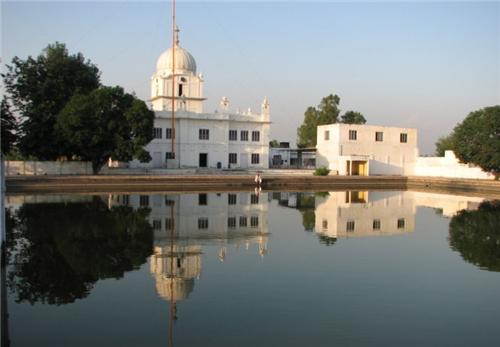 Gurudwara PatShahi Panjvi Sahib is one of the historical Gurudwaras of Punjab. It is located at a place called Baarth, 12 Km away from Pathankot city. The place has been sanctified by the presence several of the Sikh Gurus and also by Baba Chand ji, the eldest son of Guru Nanak Ji. In fact, Baarth is more famous as the tapasthali or place of meditation of Baba Chand ji and because of that the gurudwara is often referred as Gurudwara Tap Asthan Baba Chand Ji. Many also refer to it as the Gurudwara Baarth Sahib.

A Short Life of Baba Chandji

Baba Chandji was the eldest son of Guru Nanak Ji and Mata Sulakhni Ji. He was born in Sultanpur Lodhi in Kapurthala. After Guru Nanak Ji left for his ‘udasis’ he along with his mother Sulakhni Ji and younger brother Baba Lakmi Das Ji went to Pakho-ke-Randhwe where Sulakhniji’s parents used to live. Once Guru Nanak settled down at Kartarpur, the whole family went to live there.

However, once Guru Nanak left for his heavenly abode, Baba Chandji left Kartarpur. He first went to Dera Baba Nanak. However, he found the place too noisy and began to search for solitude. He then came to Baarth and found a secluded spot deep inside the forest. He began his meditation here. By and by his fame spread far and wide; he began to be revered not only by the people of this region, but also by the Sikh Gurus. 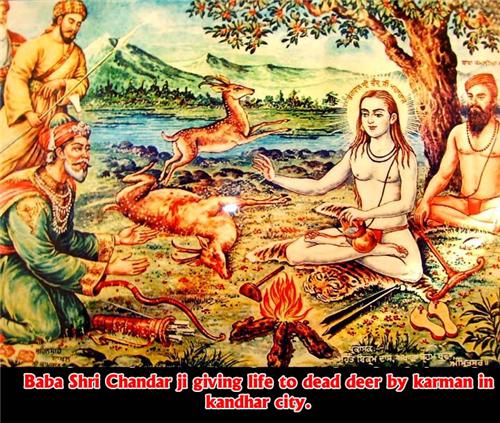 In fact, when Baba Chandji went to meet the fourth Sikh Guru, Guru Ram Das Ji at Amritsar, the later wiped Baba’s feet with his long hair. Guruji also offered him Rs. 500 and a horse as a token of his devotion. At some point, Baba Chandji founded a sect called Udasi and went on to preach among the people of that region.

Guru Arjun Singh Ji once came to Baarth to meet Baba Chand Ji. At that time Baba ji was in meditation. Guruji decided to wait for Babaji to finish his meditation. Every day he would go to the Tapasthali of Babaji and wait. A pillar called Thamm Sahib has been erected at the very spot where Guru Arjun Singh used to stand. It went on for six long months until Baba Chand Ji got up from his meditation. Then of course he received Guruji with due respect and on his request added a Shalok to Sukhmani Sahib Prayer.

During his stay at Baarth, Guru Arjun Singhji not only gave regular sermon to the devotees here, but for the welfare of the resident had a Sarovar or lake dug out. He also collected some holy books from Baba Chandji for compilation in the Shri Adi Granth, the holy book of the Sikhs.

Sixth Sikh Guru, Shri Guru Hargobind Singhji along with his family also came to Baarth to pay respect to Baba Chandji. It is said that Babaji asked him if he intended to keep all his sons with him or if he was willing to spare one for him. Guru Hargobind Singhji gladly offered his eldest son Baba Gurdittaji to Baba Chandji. Babaji later nominated him as his successor. After his demise Baba Gurdittaji became the head of Udasi Sect.

Spots to Visit at the Gurudwara 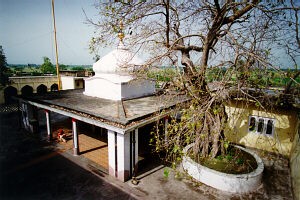 The work on present Gurudwara complex started in 1968. Whatever extension or modification has been made is purely cosmetic. It did not touch the old structure sanctified by holy men of yore. The old domed room with the tall brass pinnacle has been retained. An octagonal concrete pillar located in front of a flat roofed room is known as the Thamm Sahib; it bears testimony of Guru Arjun Singh’s regard for Baba Chandji.

The old Baoli, dug by Baba Chandji, is also another place of pilgrimage. It has been dug by Babaji to mitigate scarcity of water. Such step-well, locally known as Baoli, contains water throughout the year. However, it has now been converted into a circular tank and is located in a separate compound, located at a distance of fifty meters from the main shrine. Sarovars or lakes too have been dug up on two sides of the Baoli.

A Beri tree is another important site at the Gurudwara. Babaji had planted a branch of a beri tree at this very site. It not only grew into a full-fledged tree, but pilgrims to the gurudwara can see it even today. Besides, there is a small garden with a small pond and a few trees to the south west of the shrine. It is believed to be the place where Guru Hargobind Singhji stayed during his visit to Baarth.

Pilgrims to the site must also visit the Samadhi of Baba Kalyanji. He was one of the chief disciples of Baba Chandji and had been with him from the very beginning.

How to Reach Gurudwara Baarth Sahib

Gurudwara PatShahi Panjvi Sahib is located at a distance of 12 Km from Pathankot and is accessible by local transport such as buses and taxis. Sarna Railway Station is located around three or four Kilometer from Baarth Sahib and hence it can also be accessed by train.  The Amamvasya or new Moon day is said to be the most auspicious day for visiting this Gurudwara. On Baisakhi a two-day fair is held at this very spot and so that too is a good time to visit this Gurudwara.