Entertainment and Nightlife in Pathankot 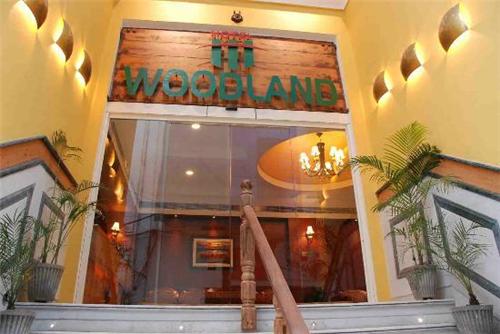 Pathankot is a large and prosperous city spread over an area of 700 Km.  In spite of that, the scope for entertainment is very limited here. The city has only a limited number of cinema halls. There are not too many clubs, pubs or night spots either. However, few entertainment spots that the city has are of high standard. In this article, we will try to look into the different spots that offer entertainment and nightlife in Pathankot.

As we said, Pathankot has only a limited number of movie halls. Following are the names and contact details of the three existing movie theaters in the town:

However, another big multiplex with modern amenities is soon to be opened.  The multiplex is a PVR venture and is located at the top floor of Novelty Mall on Dalhousie Road. It has four wide screens, which offer stunning visual effects. The sound effect is also digitally controlled. The sitting arrangement is also of international standard. Moreover, it also has an exclusive snack corner. On top of that, the authorities plan to show all top Hollywood and Bollywood films in this multiplex.

In spite of the town’s cosmopolitan nature, the club culture in Pathankot is not that developed. However, there are two important clubs in Pathankot, which not only provide a platform social interaction, but also a chance for social welfare. The Lions Club at Pathankot is one such club.

When Lion Club was first established in 1917, their objective was to work for the betterment of the society, not for individual gain. The Lion Club at Pathankot has adhered to such a principle whole heartedly.  Although the Lions are best known for fighting blindness the club at Pathankot has also undertaken various other philanthropic activities. In general, their meetings are held on the 1st and the 4th Wednesday of every month at 8 PM at Hotel Abhi International on Improvement Trust Road.

The Pathankot Club is a part of Hotel Alishan. It is located at Mamoon Chowk at a distance of 5 Km from the railway station. The club provides all the amenities that one can expect from any modern club. It has everything from well stocked bars to swimming pool, modern gymnasium, snooker and billiard room etc. However, such facilities can be enjoyed only by the members, their families and guests. Therefore, if you are interested in obtaining the membership of the club, you may call them up at the following numbers:

Pubs and Bars at Pathankot

There are few reputed bars in Pathankot. However, most of such facilities are offered by the different star hotels located in different parts of the city. Some of the hotels where you can get a drink are
Hotel Venice on Dhangu Road, Hotel Woodland on Fashion Street, Hotel Unite in Gandhi Nagar, DLM Valley Resorts on Dalhousie Road, Opulance Hotel on Dalhousie Road etc.

Among them, Hotel Venice is said to be one of the best bars in the city while the Hotel Woodland is more famous as the best night spot in town. Besides, some restaurants in Pathankot also double as bars. Brands O Bar Near Dena Bank on Dalhousie Road (Phone No: 0186-508-2424) is one of them. Among the dhabas that also serves drinks are Baljit Dhaba and G S Dhaba in Bamial, Dogra Punjabi Dhaba in Sujanpur etc.

Three places that offer great night life in Pathankot are Hotel Woodland on Fashion Street DLM Valley Resorts on Dalhousie Road and Moti Mahal on Saili Road.  Among them, Hotel Woodland became a hot favorite as soon as it opened its door. Both its décor and furniture design is such that guests automatically get into the mood.

Coral River Resorts on NH 1A in Madhopur is another favorite night spot. In fact, it is the oldest night spot in this area. Many also consider it to be the best, especially in the summer season. To make a booking you can call them at 0187-025-7128