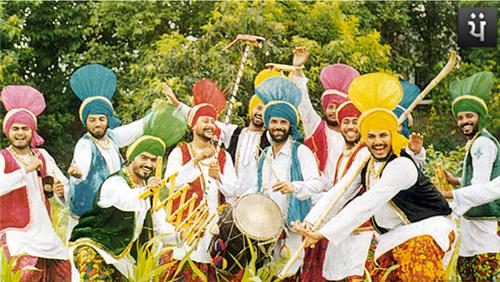 It is a fact that the culture of Pathankot is dominated largely by Punjabi traditions. Yet, the city’s close proximity to Jammu-Kashmir and Himachal Pradesh has made a difference in the way people lead their life in this great city. For ages, the Punjabi population of Pathankot has come in close contact with the residents of the two mountainous states. Those interactions have led to interchanging of ideas and values. Consequently, one can witness an influence of the Dogra and Himachali customs in the culture of Pathankot.

Influence of the history and geography on the culture of Pathankot

The history of Pathankot has also shaped the city's culture in a unique way. For ages, they had to face enemy assaults and this has taught them to stand united against all odds. Popularity of akhras and gatkas may also owe their origin to their strenuous past.

Moreover, the nature of the land in and around Pathankot is such that the people had to work hard to earn their living. This has infused in them a spirit of hard work combined with a jest for living. People here are mostly business oriented. Though profit and loss is a matter of importance to them, they are not solely guided by them. Like rest of Punjab, the people here are open hearted and gay.  Singing and dancing is almost a part of life for the people of Pathankot and this can be witnessed in their daily lives.

Singing and Dancing in Pathankot

Indeed, singing and dancing play a big role in the life of the people of Pathankot. Slightest provocation tears away their hardcore businessman image and reveals their true self. Indeed, they burst out in songs when they are happy; in sadness too they express their feelings with songs.  Dancing too is an important medium of expression for the people of Pathankot. Bhangra, one of the community based dances of Punjab, is also a form of self expression for the people here.

Other dance forms popular in Pathankot:

Apart from Bhangra, many other types of folk dances such as Giddha, Jhuamr, Luddi etc are practiced in Pathankot region. Among them, Giddha is meant only for women and may have been imported from adjoining Himachal Pradesh.  In Pathankot, Giddha is generally accompanied by songs called boli, which expresses a wide range of topics. Indeed, everything from day to day family drama to political views can be expressed through this art form.

Gatka is another popular dance of this region. It is a martial dance involving weapons such as swords, daggers and sticks. Gatka is generally performed on different Punjabi festivals; today they are also performed on joyous occasions such as weddings.

Drama Clubs and Akhras in Pathankot

There are also quite a few drama clubs in Pathankot; however, in most of them male actors are forced to take part in the female roles because women hardly take part in such plays. Wrestling clubs known as the Akhras too are part of culture of this city. It is to be noted that, traditionally wrestling does not fall under the category of sports in Pathankot. It is a form of art that one has to learn from a Guru. Although the youngsters are now taking up modern sports, quite a few masters still run their akhras in different part of the city.

Festivals and Fairs in Pathankot

Along with songs and dance, festivals also occupy a big place in the culture of Pathankot. However, among all Punjabi festivals Baisakhi is celebrated with gusto in Pathankot. In general, such celebrations go on for three days and a fair is also held to mark the occasion. Other than that, Shivaratri is a big festival here. It is celebrated in different Shiva temples in town. Month long fairs are also held at Mukteshwar, located at a distance of 22Km from the city on the banks of river Ravi. Other than that, Navratra and Ramlila too occupy a pride of place in the city’s calendar. Besides, Gurupurab, Guru Nanak’s birth anniversary is also a big occasion here.

A culture that has embraced modernity without giving up age old tradition:

Indeed, Pathankot is a city where different cultures live side by side. Since time immemorial, different communities have cohabited here peacefully and this has shaped the culture of the city in a unique way. However, if you truly want to learn about the culture of Pathankot, you will have to walk through the narrow lanes of the old city area. It is here you will witness how traditions live side by side with modernity. You will also feel how a strong community feeling binds the people together even in these days of individualism. People here have embraced modernity without giving up the tradition.