Business and Economy in Pathankot 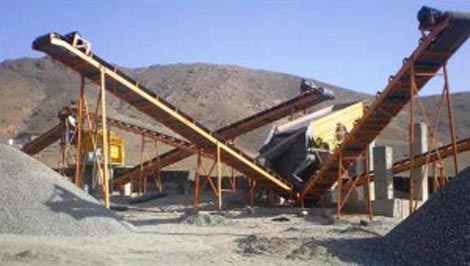 It is to be remembered that Pathankot is located at the juncture of three North Indian states and has long been hailed as a getaway not only to the far-flung areas of Punjab, but also to Himachal Pradesh and Jammu-Kashmir. However, it is very rarely appreciated that its geographical position has helped the town’s economy in three major ways. Let first look into them:

One should understand that for long trading in timber has been the mainstay of the economy in Pathankot. Located in the foothills of the Shiwalik Mountain Range, the town has always been surrounded by thick forests of hard wood trees. Other than that, good quality of timber was also imported from Himachal Pradesh. Consequently, a number of saw mills have sprung up around this area. Timbers are cut into smaller pieces in these mills and are then sent to other parts of North India through an excellent network of roads. Although the nucleus of this business has now shifted to Jammu, the town has a number of saw mills sending wood to distant land even today.

Today, however, stone crushing seems to have taken the place of timber industry in Pathankot. There are more quite a few stone crushing units in and around the city. In this case too, the town’s location has played an important part. It is to be remembered that Pathankot is located at a point where three hilly rivers enter the plains; they are Ravi, Beas and Chakki. As long as these rivers run through the mountainous regions, they carry with them boulders of different sizes. However, once they enter the plains, they are no longer able to carry these stones. They are then forced to deposit the boulders on their bed. Stone crushing units of this area use these boulders as their raw material.

Pathankot as a center for Wholesaling and Distributorship

Since Pathankot is the major railhead for a vast area and is connected to different parts of the country through a vast network of national highways, it has grown into a flourishing wholesale market for the entire region. The town acts as a center for wholesalers and distributers not only for Pathankot district, but also for whole of north western part of Punjab, parts of Jammu-Kashmir and Himachal Pradesh.

Other Miscellaneous Products contributing to the Town’s Economy

Thanks to Upper Bari Doab Canal system and other irrigational projects, Pathankot now produces a great variety of crops. Among them cash crops such as cotton and mustard seeds need special mention. Although major part of the produce is exported to different parts of the country, there are a number of mills that produce mustard oil in Pathankot. Among the later group, the Ganesh Oil Mill at Surya Kiran Mission Road is known all over India.

Sale of crude oil is another major source of revenue for Pathankot. Plastic storage tanks produced in Pathankot has been acclaimed for its quality from consumers all over the country.

Tourism industry has also contributed to the economy of the region. The town is the getaway not only to Jammu Kashmir, but also to a large part of Himachal Pradesh such as Kangra, Dalhousie, Palampur etc. Besides, the area also has many places of tourist interest of its own. Consequently, tourists visiting Himachal Pradesh and Jammu-Kashmir invariably spend few days at Pathankot to have a tour around the place. Consequently, there has been a remarkable improvement in the hospitality industry in Pathankot. Since this industry is mostly labor intensive, this sector too has contributed greatly to the economy of the region.

Therefore we see that Pathankot’s geographical position has played a major role in the economy of the city. At the same time, it must be admitted that only geographical position could not do anything unless the people here were enterprising. Moreover, the military establishment located in the cantonment area has also played a major part in the economic well being of the town. They have offered not only work contracts to the local vendors, but have also helped by making purchases in the local markets. Thus we can safely say that Pathankot owes its economic prosperity not to one, but to a number of factors.