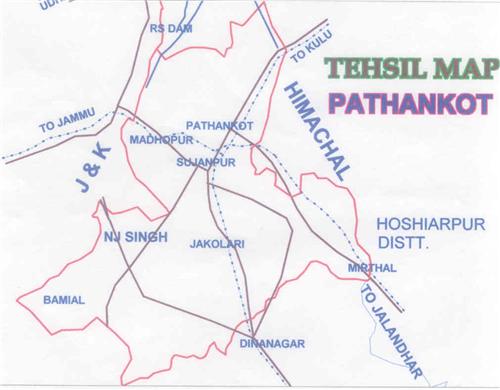 Administrative set up in Pathankot

To be more precise, the administration in Pathankot in Punjab is carried on through four distinct channels. However before we go into that, let us first note that for administrative purpose, the district has been divided into two subdivisions, namely Pathankot and Dhar Kalan. On top that, the district has two sub-tehsils called Naraut Jaimal Singh and Bamial. The number of revenue villages in the district is 421.

As for the different branches that look after the administration of the district, they are as follows:

Office of the Deputy Commissioner in Pathankot

As in rest of India, the administrative head of Pathankot district is the Deputy Commissioner. He also acts as the District Collector and Deputy Magistrate for the district. He is the most powerful person in the district. The law of the land has conferred on him a very wide range of power so that he can deal with any kind of crisis that may arise anytime within his jurisdiction.  In general a cadre from the Indian Administrative Service is selected for the job. However, in some cases officers from Punjab Administrative Service can also be promoted to the post.
Helpline Numbers
Police Control Room : 100
Crime Stopper : 1090
Women Helpline : 1091
Child Helpline : 1098
DC Office Pathankot of COVID-19 Control Room-0186-2345542 Toll Free No-18001803361
Civil Hospital of COVID-19 Control Room- 0186-2230180 Toll Free No-18001803360
Police Department of COVID-19 Control Room-0186-2346073

Responsibilities as the District Magistrate:

As we have already pointed out, the deputy Commissioner also acts as the District Magistrate and District Collector. As District Magistrate, he is the head of Criminal Administration in the district and the Police Force has been placed by law under his general guidance and control. In other words, although there is a separate police department under the aegis of the Senior Superintendent of Police in Pathankot, ultimate responsible for maintenance of law and order within the district lies with the District Magistrate. Moreover, he also has some quasi judicial power.

Some other responsibilities of the Deputy Commissioner:

Apart from maintaining law and order, following are some other duties of the Deputy Commissioner:

The office of the Deputy Commissioner is located on Mission Road in Pathankot. In case of emergency one can contact him at the following numbers:
Office Phone Number: 0186-222-0342
Mobile No: 9463318138 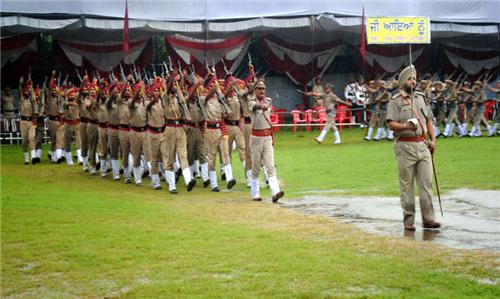 The mission of Pathankot Police is to protect life and property of residence and visitors alike. Moreover, the force works hard to enhance the quality of life people here. In case of any problem, one can contact the Police Control Room at Pathankot at 0186-234-5514/16/18.

The civic administration of Pathankot is looked after by a municipal council elected by the residents of the town. It is located on the Defense Road. Just as any other municipal corporations of India, its functions have been stipulated by the law of the land. Collection of civic taxes, supply of drinking water, looking after the health and sanitation of the residents, garbage cleaning, maintenance of roads, street lighting, running of primary schools, registration of birth and death etc are some of the functions of the municipal corporation of Pathankot.